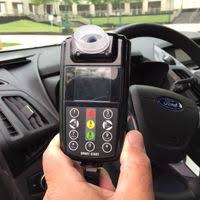 Massachusetts Governor Baker has filed legislation which would dramatically expand the use of ignition interlock devices by requiring all DUI first offenders to use the devices. Currently, first offenders are exempt from this requirement and only those convicted of multiple DUI offenses must use the ignition interlock devices. There are approximately 6,000 Massachusetts drivers currently enrolled in the Registry’s interlock program, which was started on January 1, 2006 with the enactment of Melanie’s Law.

Under the Governor’s Bill, 3 months after conviction, a first offender can apply for an ignition interlock restricted hardship license. If the first offender serves the 1 year DUI suspension and does not seek a hardship license, his or her license would be interlock restricted for at least 6 months after serving the suspension and getting a full reinstatement.

Those firs offenders who received G.L. c. 90 § 24D dispositions would be required to use the IID as a condition of any hardship license and those not granted hardship relief would need the IID for at least 6 months after obtaining full license reinstatements.

IID Violations which trigger these harsh penalties include missed service visits, operating or attempting to operate with a BAC at or above .02, circumventing the IID, tampering with the IIID, and/or operating a vehicle without an IIID.

Other related legislation would strengthen the state’s impaired driving laws by giving police officers more tools to enforce the law prohibiting operating under the influence of drugs.

The Bill was scheduled for a hearing before the Committee on Transportation at the Statehouse on March 28, 2019. The National Transportation Safety Board is in favor of the Bill. Numerous other states already require interlocks for first offenders.