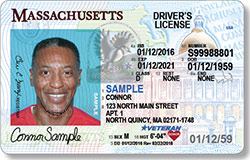 In accordance with the Massachusetts implied consent law, if you refuse to submit to a breath or blood test after being arrested for DUI in Massachusetts, your license will be suspended for a minimum of 180 days up to life. The length of the refusal suspension depends on your age and number of prior DUI convictions. Evidence showing that you refused to consent to a breathalyzer or blood test will not be admissible against you at your DWI trial. However, refusal evidence is admissible at any RMV hearing.

If a person refuses to take a breathalyzer or blood test, the police are required to impound the vehicle used to commit the DUI for a 12-hour period, with the costs for the towing, storage and maintenance of the vehicle to be borne by the operator.

The police officer who receives the refusal is required to submit a report to the Mass. RMV within 24 hours of the refusal. The report must be made under the penalties of perjury and describe the grounds for the DUI arrest. It must state that the person refused and identify a witness to the refusal as well as the officer who requested the test.

Chemical Test Refusal (CTR) suspensions must be appealed to the Boston Branch of the Registry of Motor Vehicles, 136 Blackstone Street, Boston, MA, 3rd floor, during normal business hours on business days. Appeals must be filed within 15 days of the refusal. The police refusal report is considered prima facie evidence of the facts contained therein. Legal representation at these refusal hearings is strongly recommended.

Except in first offense DUI and “second chance first offense” DUI cases, the Registry will not grant any hardship, work, or Cinderella license while a breathalyzer refusal suspension is in effect. In repeat offense cases, this implied consent suspension must be served prior to hardship license consideration.

Under the Massachusetts implied consent law,  G.L. c. 90, § 24(1)(f)(1),  by operating a motor vehicle in the Commonwealth of Massachusetts you are agreeing to submit to a chemical breath or blood test if you are arrested for operating under the influence of alcohol.  If you refuse to submit to a chemical test, the Registry of Motor Vehicles will automatically suspended your license at the time of the refusal for at least 180 days, up to life.

If the Massachusetts Registry suspends or revokes your license due to a chemical test refusal, you can appeal the loss of your driver’s license within 15 days from the suspension or revocation date. You have to appeal in person at the Driver Control Unit at the Boston Registry of Motor Vehicles Branch during normal business hours. There are limited grounds of appeal. If the Registry denies your breathalzyer refusal appeal, you can appeal further to the District Court having jurisdiction over the location where the operating under the influence offense occurred. This appeal to District Court must be filed within 30 days of the Registry’s decision. The District Court appeal is only a review of the Registry hearing and no new evidence is allowed.

Only first offenders and second chance first offenders, who have resolved their DUI cases pursuant to Commonwealth v. Cahill, 442 Mass. 127, 134 (2004) are entitled to be considered for hardship licenses while chemical test refusal (CTR) suspensions are in effect. The Registry will not grant hardship licenses to second, third, and fourth offenders until the breathalyzer refusal suspensions expire.

In some cases, it may be possible to get your chemical test refusal reduced. Contact a lawyer to see if you qualify for this option.

If you are found not guilty of DUI or your driving under the influence charge was dismissed, you are entitled to a hearing in court regarding your breathalyzer refusal suspension. There is a presumption that your license should be reinstated. However, the prosecutor can overcome that presumption by showing that reinstating your license would endanger public safety.