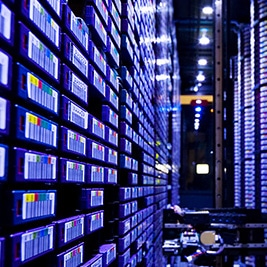 The National Driver Register (NDR) operates under the auspices of the U.S. Department of Transportation National Highway Traffic Safety Administration (NHTSA). The law governing the NDR requires State driver licensing officials, such as the Massachusetts Registrar of Motor Vehicles, to submit data on drivers whose privilege to operate a motor vehicle has been denied, suspended or revoked for cause, or who have been convicted of certain serious traffic related violations, such as DUI and Motor Vehicle Homicide. Although Massachusetts and other states use the NDR as part of their driver licensing process, it is the responsibility of the individual States to maintain the accuracy of the data submitted to the NDR.

The NDR functions as the repository of the data but cannot make any changes to this data. The States maintain the sole responsibility for the issuance and renewal of all driver’s licenses; which includes suspensions, revocations, denials, withdrawals. State motor vehicle departments are responsible for actions taken against an individual’s driver’s license or right to operate and not the NDR.

The NDR will only report the following:

“No Match,” meaning that there is no record in the NDR’s Problem Driver Pointer System (PDPS).

“Match,” which means that there is a matching record in the NDR.

“LIC,” which indicates that the individual has a prior suspension or revocation which has been resolved and he or she now holds a valid license.

“ELG,” which stands for “eligible” and it means that the driver has no NDR or PDPS record which prevents him from legally operating a motor vehicle or applying for a license, and

“NOT,” which means “not eligible,” indicating that the driver is not eligible for driving privileges due to some report received by the NDR from a State DMV.

Reinstatement requirements must be resolved directly with the State where the suspension, revocation, or other adverse action has originated and not with the National Driver Register. Since the NDR contains only “pointers” and identification information, it cannot provide specific details regarding driving records. This information can be obtained directly from the Motor Vehicle Department responsible for the NDR entry. It is the legal responsibility of the Massachusetts Registry of Motor Vehicles and the Motor Vehicle Departments in the other states to maintain accurate driving records. In Massachusetts, that responsibility is assigned to the Merit Rating Board.

It is impossible to get a Massachusetts Hardship License if you are blocked in the NDR, unless you can get a conditional license, restricted license, or limited driving privileges in the state where the DUI or DWAI has occurred. In those situations, I have been successful in obtaining reciprocal Massachusetts Hardship Driving privileges by appealing the suspension to the Board of Appeal.